DP&S supports an array of courses and research utilizing video. Since 2012, DP&S video work has reached 2,662 students across 154 courses in all areas of study.

The video program supports a variety of video and multimodal projects such as documentary films, digital storytelling, digital essays, concept videos, podcasts, and more. The video specialist for DP&S will partner with faculty when structuring the assignment, developing rubrics and assessments.

Students are introduced to a wide variety of skill sets and technologies when producing video projects. Depending on the project, students may develop film treatments, create storyboards, learn to shoot b-roll, record narrations in our sound proof Whisper Room audio booth, and edit in FinalCutProX. Peer review is built into every stage of the process. 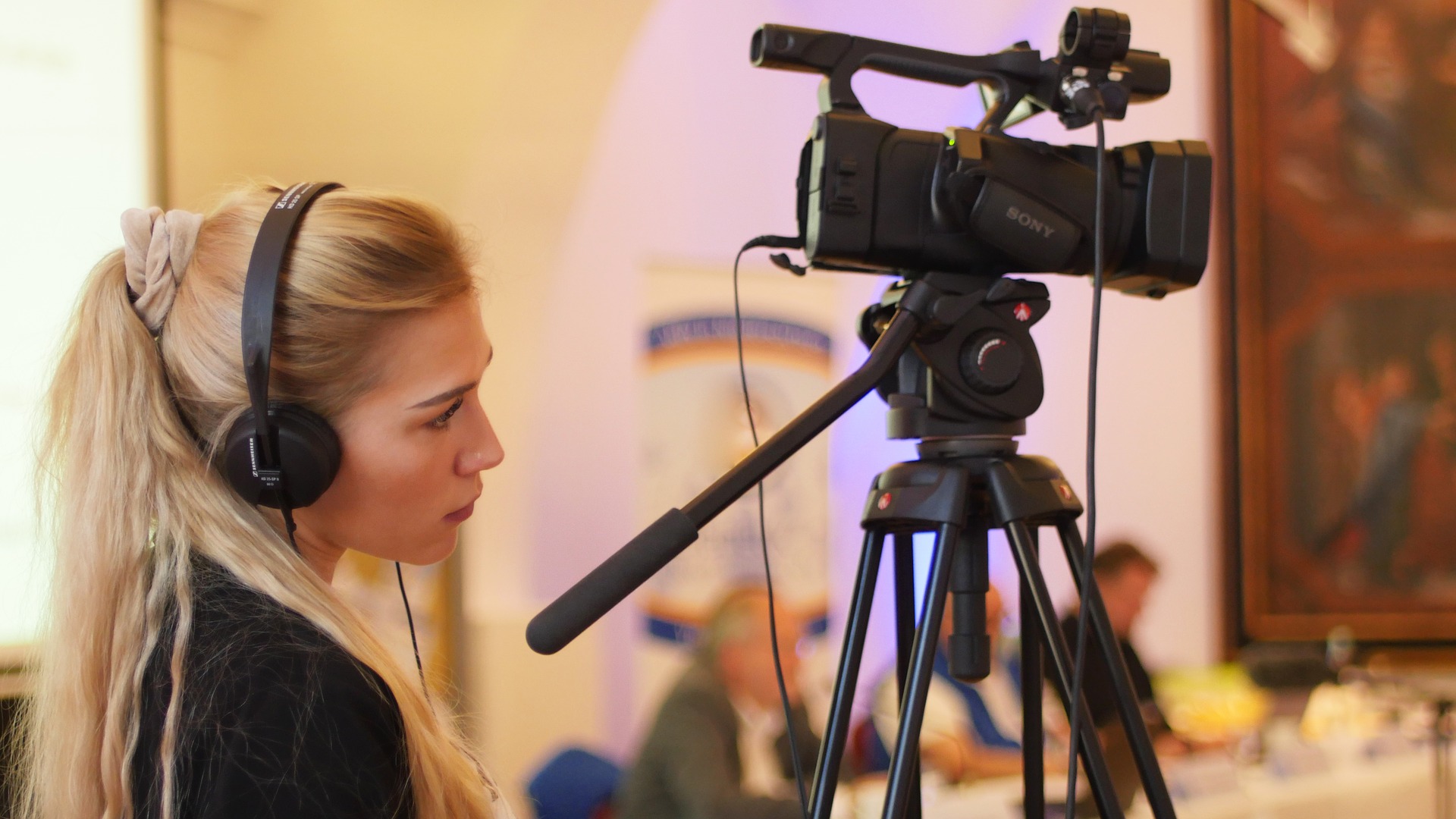 Multimedia consultants are Bucknell students who have received special training in the use of video technologies. MCs, as they are called, have become an integral part of video in the curriculum. By joining the MC program, students develop visual and technological literacies and skills that are transferable to a wide range of contexts, both in and out of the classroom. MCs receive training in multiple software applications FCPX, Premiere Pro, Audacity, Photoshop, and more. MCs may also request funding for additional professional development opportunities.

In addition to leading workshops and trainings for other Bucknell students, MCs will develop e-portfolios documenting their work. The e-portfolio will prove invaluable for students as they move through Bucknell and beyond, whether to graduate training or to the workforce.

2nd Floor Studio
Modeled after Penn State's One-Button Studio, the 2nd Floor Studio is an easy-to-use media recording space, designed to work with a USB drive and simplify the recording process. Features include a pre-configured lighting and audio setup, as well as green/blue-screen capabilities and more.

Campus Theater
An art deco icon of Lewisburg, the Campus Theatre has been showing films since 1941. There you can see first-run, art-house, documentary and classic films while relaxing in one of the couches that you can reserve before a show. The University owns the building, but a nonprofit group continues to set programming and run day-to-day operations. In the past we’ve used this venue to show student work.